The centrality of cognitive and behavioral impairments in Asperger syndrome 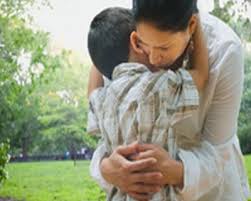 The centrality of cognitive and behavioral impairments in Asperger syndrome

Autism spectrum disorders comprise a group of disorders manifested by impairments in several areas of development, such as social interaction, communication, and the presence of stereotyped activities. Children with the classical form of autism manifest pathological signs very early in life, with gross delay or total lack in language acquisition, severe impairment in social interaction, and absence of symbolic play. The Asperger syndrome (AS) is the milder form of autistic disorders. Contrary to the classic autistic disorder, individuals with the AS have a normal IQ, no learning difficulties, and are unaffected by evident delays in language acquisition. Because children with AS have language development and cognition within the normal range, during the first years of life they are usually considered normal by their parents and only when they are exposed to other children, at preschool or at school, the social difficulties become evident. The less pervasive impairment in development mainly restricted to social interaction, combined with the maintenance of a higher functionality, makes the study of AS appropriate for a better understanding of the core symptoms of autistic disorders.

Drs. Elizabeth Hill and Chris Bird from the Department of Psychology of the University of London and the Institute of Cognitive Neuroscience of the University College of London compared 22 individuals with AS aged 16-61 year-old with 22 normal subjects of a similar age range and general ability. They applied measures of executive control that is an umbrella term used in psychology in order to describe functions that are considered to orchestrate cognition and behavior. Their findings were reported in the journal of “Neuropsychologia”, issue 14, of the year 2006. The purpose of the study was to assess how central are the impairments in functions that monitor cognition and behavior in AS, as well as to identify whether or not there are specific patterns of impairment. The methodology included comparisons between the group of normal subjects and the group of adults with AS, as well as the analysis of each case separately in order to obtain detailed individualized information.  When classical cognitive psychological tests were used, no differences were observed between the individuals with AS and the control subjects.  However, the application of newer tests of executive functioning with ecological validity destined to evaluate the efficiency of managing every-day activities revealed deficiencies in adults with the AS. Such an ecological test was the Zoo Map that utilizes a map of a zoo and requires, by following a number of rules, to show how to reach specific locations. Another test used was the Key Search that assesses the way followed to search an area for locating a lost item.

The impairment was prominent mainly on speech initiation, planning, solving problems thatrequire the use of natural materials, as well as on organizing and monitoring behavior during the execution of several sub-taskswithin a limited period of time. Summarizing, the authors suggest that findings mirror deficiencies on the ability of generating adequate responses to external stimuli, such as verbal information, as well as on setting and achieving goals, and subdividing a complex task to smaller steps that are easier to be achieved.

In order to obtain a broader understanding of the way cognitive impairments are linked to AS, they studied if the level of performance on the tasks applied is related to the severity of autistic symptomatology, as measured by two questionnaires assessing day-to-day behaviors and attitudes linked to autism. Interestingly, the findings revealed that higher scores on the questionnaires indexing autism were related to lower performance as measured by the ecologically valid tasks. Hence, the researchers suggest that individuals with AS manifest a pattern of cognitive and behavioral deficits that supports the notion that impairments linked to the orchestration of cognition are central to the autistic symptomatology.

Overall, although individuals with AS have an apparently normal early development, with self-help skills appropriate for their age, normal IQ, and tend to attend regular schools, they face cognitive and behavioral difficulties associated with their ability to develop a satisfactory social interaction. Cognitive and behavioral dysfunction of the individuals with the AS remained undetected to a great extend by the classical psychological tests. For the detection of these deficits are required newer ecological tests that investigate cognition and behavior under real life conditions pertaining to every day activities in the community.

The researchers suggest that the deficits in executive function they observed are central to AS. However, the study did not explore the possibility that the observed deficits could result from the effect of external factors pertaining to individuals with the syndrome, such as psychological problems secondary to difficulties in every day life caused by the disorder. This is a limitation of the study, particularly because the individuals studied were adults up to the seventh decade of life, thus have been exposed for a long period of time to adverse living conditions associated with the AS.

Further research should be directed in solving the question as to whether or not the reported cognitive and behavioral deficits are caused only by the basic defect of the syndrome or the deficits are associated with coexisting psychopathology induced by the adverse social factors and difficulties inherent in the living conditions of the patients with the AS. Also, research should be carried out to uncover the whole spectrum of behavioral and cognitive impairments that might be associated with the AS.

The finding that the AS is associated with cognitive and behavioral deficits that are identified when individuals are tested with newer ecological tests expands our psychological insight about the syndrome and paves the way to better understand aspect of the theories of cognitive psychology and neuropsychology. On a clinical basis, identification of underlying cognitive and behavioral deficits in AS would facilitate the timely application of proper psychological interventions that are indicated for overcoming the specific pattern of deficits present in each individual with the syndrome. This would help individuals with AS to function more efficiently in the community, improve their interaction with others, and carry out more effectively their every day activities.

This site uses Akismet to reduce spam. Learn how your comment data is processed.