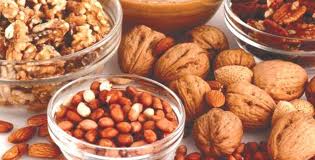 Animal studies have shown that rats fed from early life with foods supplemented with LA and ALA manifested a better learning ability in old age. Also, when young senescence-accelerated mice were fed with the same fatty acids they manifested improved learning and memory functionality. Although in an earlier study dietary supplementation of aged rats with fish oil failed to improve spatial working memory, in a recent study older rats whose diet was supplemented with walnuts showed a better motor behaviour and spatial memory performance (for reviews, see Willis et al., 2009a; Willis et al., 2009b). Also, older mice fed with a diet supplemented with DHA showed improvement of cognitive ability measured by water maze tests (Jiang, Shi, Wang, & Yang, 2008). In addition to the behavioural improvement, it was found that DHA supplemented mice had greater concentrations of brain-derived neurotrophic factor in the hippocampus, as well as increased amounts of nitric oxide and dopamine in the hippocampus and striatum.

In humans the mainly fish-derived EPA and DHA are considered as protective agents against dementia and Alzheimer disease (AD). The nut-derived LA and ALA might be helpful in maintaining cognitive function in the elderly, as suggested by the findings in experimental animals, but no reliable studies in humans are available at present. Two recent studies reported a slower cognitive decline in elder subjects who had a greater PUFA intake by dietary fish (for reviews see, Whelan 2008; Whillis et al., 2009a). Also, in the Older People And n-3 Long-chain study from the UK, dietary intake of fish rich in n-3 PUFA was linked positively to the functionality of cognition in advanced age (Dangour et al., 2009).  However, in a study from the Netherlands that comprised 1025 elderly men with a mean age of 68 years, no significant associations between intake of fish or n-3 PUFA with the course of cognition over a period of six years was found (van de Rest et al., 2009).  The reason for the discrepancy between the findings of this study and those of previous studies is not evident.

Future research by providing additional knowledge has the capacity to expand our insight about the link that exists between PUFA intake and cognitive functioning, especially in older adults. In this direction, critical factors that should be considered by prospective studies are the age of the participants, dose and duration effects of PUFA intake, genetic factors that can play a moderator role, the presence of chronic illnesses, such as diabetes mellitus and hypertension, and lifestyle variables, such as the consumption of alcohol and nicotine.

Willis, L. M., Shukitt-Hale, B., Joseph, J. A. (2009a). Modulation of cognition and behavior in aged animals: role for antioxidant- and essential fatty acid-rich plant foods. The American Journal of Clinical Nutrition, 89, 1602S-1606S.

This site uses Akismet to reduce spam. Learn how your comment data is processed.